What Factors are Considered when Assessing the Water Quality of a Marine Environment?

Having large bodies of water available isn’t enough if that water is also polluted and deemed unhealthy. Since water is fundamental for the survival of both land and marine species, our oceans, lakes, rivers, and other water sources should remain as clean and safe as possible. Despite the efforts to prevent pollution events and thwart the effects of climate change on our planet’s surface, the world’s vast water supply is still being affected by human activities and other environmental threats. To tackle this situation, national and state monitoring programs have been developed to keep an eye on marine water quality based on water-related factors or key components. If these factors are well balanced, it means that the water environment is safe to inhabit and healthy to consume.

What does marine water quality mean? 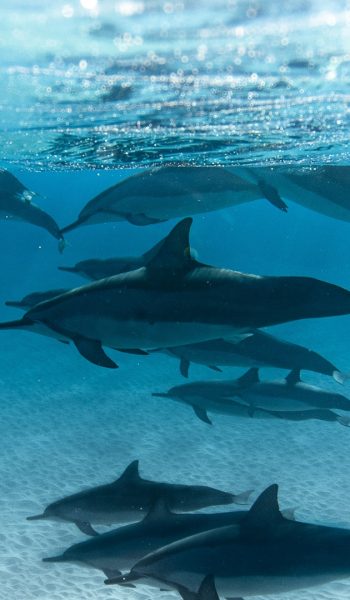 What are the factors considered when measuring marine water quality?

Marine water quality can be assessed through the following factors: the concentration of dissolved oxygen, bacteria levels, the degree of salinity, and the number of substances floating in the water (turbidity.) In some bodies of water, the concentration of microscopic algae and quantities of pesticides, herbicides, heavy metals, as well as other contaminants like insecticides and herbicides, may also be measured to determine marine water quality.

Other water quality indicators can be changes in the water currents. In freshwater (that is, water with low saline concentration,) these changes can often be the main cause of aquatic ecosystem health degradation. Humans can cause various changes to the natural flow of water thanks to the construction of dams and drainage and irrigation systems.

What are the consequences of altering the factors of marine water quality?

In the case of dissolved oxygen (DO), the concentration at extreme levels can prove harmful to marine species, but it can vary from one species to another. Since sea organisms need oxygen to survive in a similar way to land-dwelling creatures, if levels drop beyond certain numbers, then fish mortality rates will increase. Furthermore, those fish who are more sensitive to these changes (for example, freshwater fish) will stop reproducing. Other coastal fish and species such as invertebrates will also tend to avoid those areas. On the other hand, high DO concentration levels can lead to “gas bubble disease,” resulting in the death of fish and invertebrates alike.

In regard to bacteria and microorganisms, their presence in the marine ecosystem is important as they are at the bottom of the food chain, and they control much of the flow of marine energy, nutrients, and organic matter. In short, they are essential to our ocean’s health. A consequence of climate change is the increase in water temperatures, which translates into an abundance of aquatic bacteria. An overabundance of bacteria can turn dangerous not only for humans but for fish as well as they can cause sickness and sometimes even death.

Concerning ocean water with high salinity levels, this environmental condition can have negative consequences for both marine species and plants. Salinity affects the density of water, in turn creating changes to water flow and currents. These changes will cause flows to be faster and less variable, altering natural cycles of flooding and sedimentation. The ecosystem will suffer the consequences, as it impacts the natural habitat, the amounts of oxygen dissolved as well as migration patterns for marine species. Land-living species may also be affected too, as poor water quality will make the water undrinkable.

As for water turbidity, the presence of suspended particles can make it less transparent and murkier. If the number of particles in the aquatic environment is greater than the volume of water, then the less healthy it is to consume. Accumulation of solid particles in the water can occur due to runoffs, floods, waste dumps, soil erosion, or metal corrosion. Not only is it unpleasant to look at, but it will become a big environmental hazard to living species. The toxic particles released into the water can also harm marine species and vegetation, producing changes in fish behavior, and reducing visibility and feeding patterns.

Why are these factors important to marine ecosystems?

Marine waters cover more than 70% of the Earth’s surface, out of which 97% represent Earth’s water supply. Marine ecosystems are the largest of Earth’s aquatic ecosystems: their main characteristic is their high salinity levels (in contrast to freshwater ecosystems) and the vast community of organisms living in them.

These marine ecosystems are made up of an intricate network of complex living organisms, ranging from animals and plants to bacteria and fungi. They are all part of an extensive web that, if one of them is negatively affected, will most likely create a chain reaction that will impact all of them. If one or more water quality factors are compromised, then it risks upsetting marine ecosystems. If the marine environment is affected and drastically reducing the health of living marine organisms and severely degrading the quality of water, it will eventually end up impacting land species as they partly rely on water and food attained from the sea to survive.

Conclusion About Factors of Water Quality in the Marine Environment

The ocean is home to a wide range of marine species and plants, so preserving a healthy and balanced ecosystem is key to sustaining life on Earth. Human survival is also dependent on a healthy environment, but pollution and climate change are both huge global environmental risks that threaten the well-being of our marine water resources and degrade their ecosystems. That is why the need for a quality assessment program has risen, as it allows us to keep an eye on and safeguard the marine environment to make sure that its natural components, such as dissolved oxygen, bacteria, salinity, turbidity, and temperature are not negatively affected. As we have seen in this article, these are the most important factors considered when an assessment of marine water quality is made. We’ve seen that these factors are also interlinked, so altering or destroying one of them will most likely affect the entire marine environment.

Frequently Asked Questions About Water Quality in the Marine Environment

A water quality monitoring system is a process that monitors the quality of the water in relation to pollutants and toxins. The system is often an application that uses data and AI to produce key indicators that measure the number of contaminants present in the water.

What are the different types of water contaminants?
Which are the water quality indicators?

Where are most of Earth's freshwater located?

How Does the Good Quality of Water Impact Good Health?

As one of Earth’s most precious natural resources, water is a fundamental element of life (be it in human, animal, or plant form.) It is

What Is the Purpose of Dredging?

Dredging is essential for ports to remain in operation. However, understanding why and how dredging works can be complicated. Therefore, we will explain the purpose