How estimated time of arrival can help port congestion

1952 was a big year for the shipping industry. If you go forward and ask ‘why?’, you might find it interesting to know that ’52 was the year when vessel routing services began their very first implementation in the industry. Thus began a new era in ship navigation, which evolved with the primary goal of protecting the crew and the cargo on board vessel. Later, factors like fuel efficiency and port decongestion made their way into vessel route forecasts since these could easily be calculated by AI and machine learning algorithms based on the data generated by route forecasting systems.

The very first implementation in ’52 was a miniaturized form of shore-based routing, using some of the first programmable weather forecast models for providing safety to ships.

However, with the advancements in Computer Science and improvement in weather prediction models as well as satellite systems, ship routing has a completely different meaning in the 2020s. Ship routing, like every other aspect of the shipping and logistics industry, is just pure economics when it comes to its implementation.

An ideal route will be the one which avoids storms, powerful underwater currents, heavy downpours, and high waves, ensuring that natural factors do not affect the crew and cargo onboard. On top of that, the route should also be the fastest, helping shipowners and shipping companies to cut fuel costs, well as keeping their carbon footprint to a minimum. When so many factors come into play, performing complex calculations becomes a tedious task. This is where SINAY’s battle-tested AI and Machine Learning algorithms come into play.

Why Route Planning Is Needed:

A list of these mishaps might make you rethink why these happened in the first place. If a better route would have been listed out for the vessels involved, could these accidents be averted? Fortunately, yes. That is precisely why shipping companies are aggressively resorting to AI and ML algorithms to do the work for them, reducing error percentage in the route forecasting process.

How can AI enhance Your ETA Predicions ?

Read more about how to reduce turnaround time and optimize port calls thanks to smart ETA predictions. 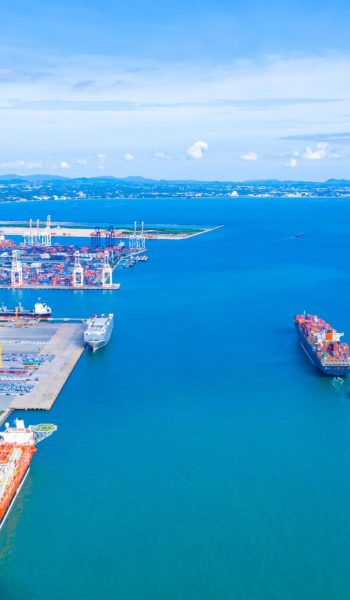 Usually, a route analyst draws up a first draft of the route that a vessel can take, inputting the details in a route planning system. Besides receiving details on the route, the planner also receives recommendations regarding optimum vessel speed.  There may be cases where vessels need to adhere to a strict deadline of arrival, a Required Time of Arrival(RTA) in technical terms. When such cases arise, route planners show approximated fuel consumption. Traditional tracking is fully done via AIS data received from ships. When the vessel deviates from its original route or, in case of strong deviations in speed from optimum level, the captain has to be answerable to the manager and has to state valid reasons for doing the same.

Coming to modern route planning systems, we see the use of global weather forecast systems that can be used to build optimal routes. Using different models to assist ship managers, these tools help the shipping community in chalking out plans so that the captain on board the ship can instantly decide the route of a ship keeping in mind its initial objectives- arriving safely within time at the designated port.

One should keep in mind the Required Time of Arrival(RTA) while planning the ideal route of a containership, or any ship in general. The route should also allow smooth sailing operations so that ships do not have to change speeds constantly, maintaining a constant power in the process. Then comes the economic viability of the operations- something that ensures the sustainability of a company in the long run. As such, renting costs, bunker costs, the speed of ships in and out of emission control areas play a very vital role.

Traditional routing approaches had a simple laid out rule: Go fast in the first part of the voyage, then slow down to meet the RTA. At a first glance, this might seem to be a simple, yet elegant solution. This rule had a lot of shortcomings. For instance, it failed to take into account the whole host of external factors like weather variations that might have an effect on the voyage and prolong the time taken. In such cases, the captain onboard needs to quickly respond to weather changes, deciding if it would be wise to change its RTA or speed. RTA pre planning is of utmost importance for containerships and can be effective for drilling vessels and tankers.

It’s without a doubt that ideal route prediction largely depends on a vessel’s type and its size. Let’s say a route analyst has been assigned to predict the ideal route for 2 different classes of oil tankers- a Panamax and a Supramax. Since these vessels vary largely in size and fuel carrying capacities, the analyst knows that these two have varying boundary conditions of operability under heavy weather conditions. Citing another example, we can state that a loaded vessel would be subjected to different boundary conditions of operability than a vessel in ballast due to a variance in weight distribution. The vessel limitations( i.e. how much stress the vessel can handle at boundary conditions, etc) are identified by the boat master, who then sends it to the route analyst. The route analyst goes on chalking out the ideal route once equipped with the above information.

The MOL Comfort was a 2008 built Panamax containership, sailing under the flag of Panama. On an unfortunate day in 2008, the ship broke in two halves at some 200 nautical miles from the Yemeni coastline. The reason: bad weather and a possible structural flaw, that resulted in the ship being broken into two after hogging. The net losses suffered by insurers were pegged between 300 to 400 million dollars. If the vessel would have diverted its route, or chosen a different one keeping its constraints in mind, we might not have seen the worst disaster in the industry.  They say history itself is the best teacher.

Route 1- Direct: Most of the time, direct routes are not the ideal ones. It might fall in areas affected by typhoons, storms accompanied by gale winds, or might be running through a pirate-infested area.

Route 2- Avoiding storms: This route is chalked out keeping in mind severe weather conditions encountered in a direct route. However, it comes at the expense of additional fuel and might take more time than a direct route.

Route 3- All-rounder: This route, as the subheading says, is an all rounder route catering to all the needs of a ship manager. The ship navigates via drifts at places, with reduced fuel consumption and better weather. The only downside of this route is not meeting the RTA.

In most cases, the ship manager goes to opt for Route -3 when shipping rental rates are low and fuel economy is of the highest concern, besides the safety of the ship and cargo onboard.

How can AI enhance Your ETA Predicions ?

Read more about how to reduce turnaround time and optimize port calls thanks to smart ETA predictions.

The world of maritime navigation is improving and evolving every day, focusing on increasing ship safety and the economic viability of all shipping operations. Some of these include StormGeo’s “Bon Voyage System”, MeteoGroup’s “Ship Performance Optimization” and ChartCo’s PassageManager. However, these systems lack several services that include taking into account real-time weather effectively. For ensuring maximum efficiency, these systems need to have a connection to a centralized company server that updates real-time data every day. This update takes into account recent meteorological changes, besides other factors.

With the advent of data science, processing data from various sensors can be an additional feature included in these route planning systems. These features offer a wide array of real-time usage for any ship manager, optimizing a vessel’s movement in the process and enhancing the navigational equipment on board. SINAY’s Route Module makes the use of battle-tested Machine Learning algorithms that process data on an array of factors affecting safe transportation. The result would be a route that is flexible when it comes to fuel economy and speed, besides taking into account the safety of a vessel, considering every little specification of the same. Our Route Module also takes into account the condition of a vessel and the environment, giving an in-depth forecast to the end-user.

How do I plan a boat route?

You can plan a boat route by using route planning software that allows you to choose your desired route based on quickest route or fuel optimization.

How do you optimize a shipping route?

You optimize a shipping route by using Artificial Intelligence to avoid extreme weather events, save fuel, save time, and reduce fuel consumption.

What is route of vessel?

The route of a vessel is the line followed by sea vessels.

Which is the biggest sea route in the world?

The biggest sea route in the world goes from southern Pakistan to northeastern Russia.

What are maritime routes called?

What is the busiest shipping route in the world?

The busiest shipping route in the world is the English Channel.

How do you Monitor Fisheries? The Role of Fisheries Observers/Marine Data Scientists

Fishing is strictly regulated over the world. Complete, reliable, and accurate data are mandatory for better fisheries management by marine data scientists and authorities. Some

How can we Detect Underwater Sound? Which Material is Used?

Detecting and analyzing underwater noise is crucial for companies working in the maritime industry in order to monitor and reduce their carbon impact, particularly water

Need To Predict an ETA?

Start using our ETA Calculator Module and get an accurate prediction in just a few clicks. Sign-Up to our Hub and calculate your first ETA. It’s completely free.