Are you familiar with the digital transformation of the maritime sector? Have you heard of a Smart Port or of a Digital Twin? These digital terms are becoming more used and more well-known. Smart Ports, which are digital ports, are changing ports operations worldwide, making them more efficient and helping them gain a competitive advantage. A Digital Twin of a port is a virtual representation of the entire port, which gives port authorities a 360-degree view of all port activities. Digitalization is currently revolutionizing the maritime industry.

The digital revolution in the maritime industry

The maritime industry is a strategical economic sector since 90% of goods over the world are carried by sea. Considering the growth of global trade 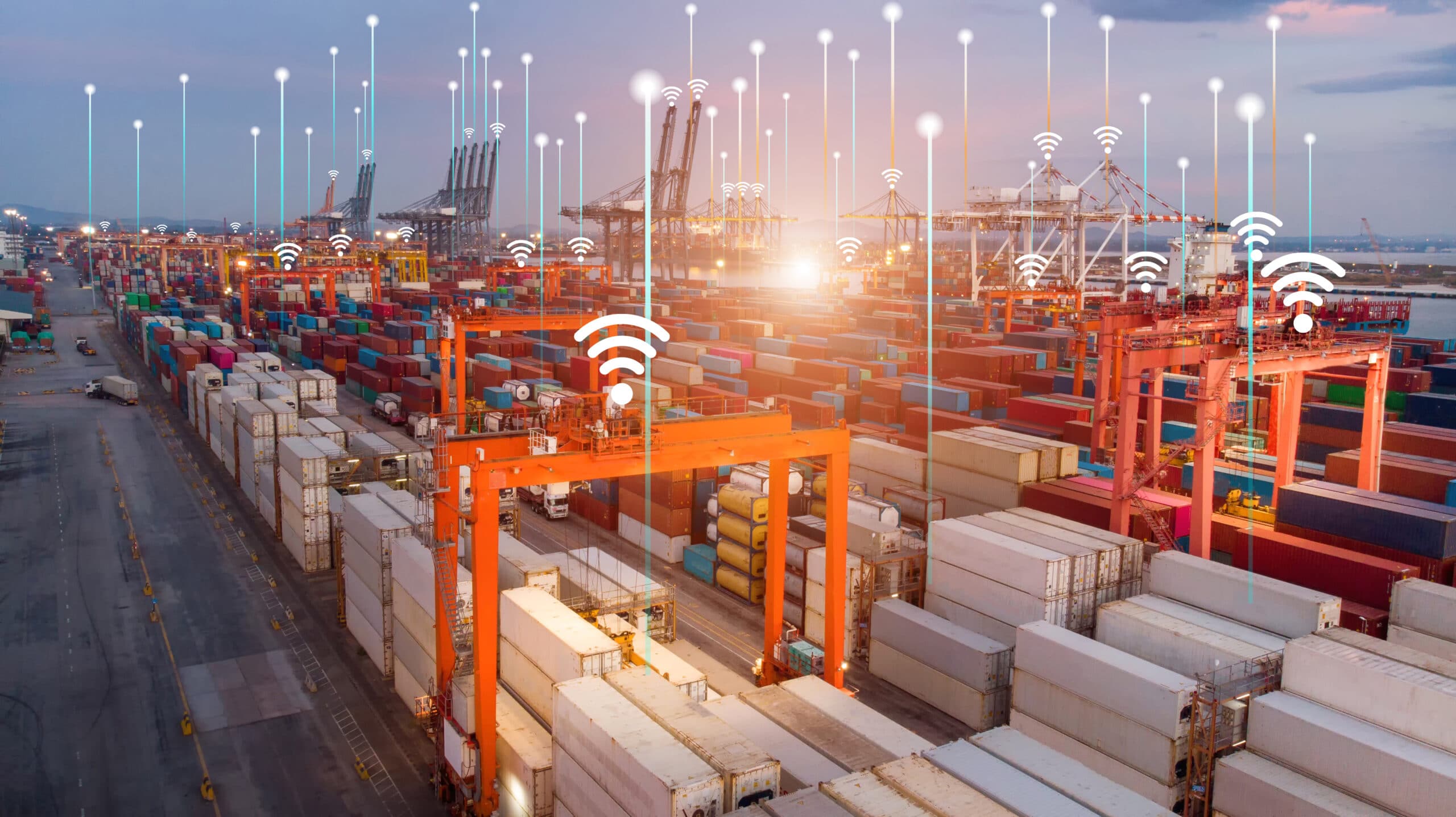 How can digitalization benefit freight forwarders?

Digital transformation is ongoing in most industries, disrupting all the traditional ways of doing business. Freight forwarding is no exception. Logistics companies have also understood

What Is a Digital Twin?

As ports adopt digital technology more and more within their operations, another exciting innovation is making its presence felt: step forward the Digital Twin. This

Why Does Cybersecurity Matter for the Maritime Industry?

It is essential to identify cybersecurity in today’s highly varied and diverse ecosystem, where digital media and data are progressively at the center of all

5 Steps to Become a Smart Port

With a growing maritime and shipping industry, smart ports, ports encompassing technology innovations, a care for the environment, and a concern for surrounding stakeholders, are

At first thought, one may think that infrastructure expansion must be done physically; however, many ports are adopting digital smart port solutions to cope with

Top 10 Smart Ports Around the World

Smart Ports, ports that encompass digitalization and a deep concern for their stakeholders, are changing the future of maritime and shipping sector. Business activities are

Port Digitalization and the Implications for the Maritime Sector

What is Artificial Intelligence in Smart Port Operations?

Artificial Intelligence is a key technology for smart ports and the reason for port automation. In fact, without AI smart ports could not exist. AI

The research in Artificial Intelligence aims at producing machines that have the same capabilities as the human mind to perform tasks such as understanding language,

Yanis SOUAMI was invited to share his vision about the new trends in the maritime industry on BFM Business. He explained the central role of

Big Data in the Maritime Industry: The Next Big Revolution

Now that we know that the shipping and logistics industry generates a ton of data, we’re well ready to understand what big data is, and

Focus on data to make an effective decision

Choose the needed modules, either to raise the efficiency of your value chain or to reduce your environmental footprint to save time and money.
Each module lets you solve specific key pain points thanks to the key indicators.

Visualize as layers key geographical information among maritime data to consolidate them.

Visualize your fleet statistics on charts and maps, compare vessels and export your key indicators.

Accurately predict the ship arrivals
at the port to save money, better allocate resources, and optimize operational efficiency.

Monitor air quality in real-time, be alerted when a threshold is reached & easily comply with regulation thanks to the automated reports.

Monitor water quality in real-time, predict and avoid water pollution & comply with regulations thanks to the automated reports.

Accurately predict the ship arrivals
at the port to save money, better allocate resources, and optimize operational efficiency.

Monitor underwater life with its diversity and composition, to avoid human impacts and preserve the oceans.

Select the relevant data regarding your activity and visualize all the events in your defined zone to better understand the marine environment.

Control in real-time and reduce aerial noises thanks to alerting systems.

Visualise your fleet statistics on charts and maps compare vessels and export your key indicators.

Visualize as layers key geographical information among maritime data to consolidate them.

Why Should I Care About Maritime Digitalization?

Digitalization is the idea that all data is provided to all stakeholders in real-time on one open platform to improve efficiency and accurate decision-making. Digitalization leverages on digitization (transformation from physical to digital) by bringing value to company roles instead of just replacing them.

Port digitalization is the digital transformation of port processes. These processes are always collecting new data, evolving, and learning.

Ports can adopt automation processes, process cargo, and containers at a higher speed with less error, and increase their effectiveness.

Port digitalization, in the future, can go as far as to create interconnectedness between all maritime actors. This is a long-term solution that would connect an international network of Smart Ports which would increase transparency between shipping companies, ports, and stakeholders.

Port digitalization is changing the container handling industry. With a growing world and economy, ships are getting larger, and more containers are being unloaded at terminal docks. Thanks to port digitalization, port quay operations are becoming safer, more efficient, more accurate, and more traceable. This fixes the past issue of terminals being unsafe due to heavy machinery, data inaccuracy, and untraceable activities.

With digitalized quay operations, there is full automation of dangerous equipment like cranes, which with technology have operators using advanced data to control them from remote tower

What Is a Smart Port and a Digital Twin?

Port digitalization is the foundation of Smart Ports and Digital Twins.

A Smart Port is a more effective, more performant, and a more economically competitive port. Not only that, but Smart Ports consider residents a key stakeholder of their activities. They use real–time information, a collaborative management approach, and essentially provide more with less.

A Smart Port is green, digital, and more connected to logistics, industrial environments, and sustainable development resources. They are automated ports using new technologies while caring more for the marine environment.

A Digital Twin is a virtual representation of the real world. Therefore, a Digital Twin is a digital representation of the entire port. This includes the physical objects, processes, relationships, and behaviors between all activities and actors. With a Digital Twin, authorities can better manage assets and observe the entirety of operations. They are the foundation for the future of shipping, which is autonomous vessels. They can even visualize the current versus expected performance of their port and compare themselves to others internationally. Digital Twins take maritime data that is challenging to understand and turn it into comprehensible data that increases business efficiency.

Digital Twins can analyze how rising sea levels due to global warming will affect their operations, protect environmental zones thanks to powerful AI tools, and easily share and collaborate with global supply chain actors.